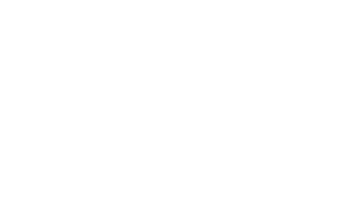 Born in Itaka, Mackenzie, Leroy grew up in Agricola Village on the East Bank, Demerara. He attended primary and secondary schools under legendary principals A.B.C. Fenty and Randolph Cheeks respectively.

Despite straitened family circumstances which cut short his school enrolment at 15, he displayed early on a capacity for self-reliance by working and paying for private lessons to complete his academic education. He was then able to pursue technical training in Preliminary Craft and Machine Fitting at the Government Technical Institute in Georgetown. Wise guidance from Lecturer Ferdinand pointed him to employment possibilities as a welder. As a result, he completed both the Ordinary and Advanced City & Guilds exams in Welding in two years. He obtained work experience at Banks Brewery in Applied Construction, Machining and Welding and at the Ministry of Works and Hydraulics in Kingston, in Fabrication and Welding. He became a qualified Welder in 1967.

From 1967-1971, he taught Fabrication and Welding at his alma mater, the Government Technical Institute and the Guyana Industrial Training Centre, a U.S. College.

He was a prime candidate to obtain a Canadian scholarship offered in 1971 to Guyanese tradespersons to gain Canadian-standard qualifications in their trades. Within a year, in 1972, he was qualified as a Welding Specialist. A summer course in Moncton, New Brunswick added a Teaching Diploma in Technical Education to his resume.

He returned to Guyana to fulfil his scholarship obligations, teaching Welding and Fabrication at the Canadian founded New Amsterdam Technical Institute from 1972-1980. On weekends, Leroy aided in the rehabilitation of prisoners and the development of women PNC members teaching Fabrication and Welding for bicycle manufacture.

Like many fellow Guyanese, immigration into Canada and work opportunity were facilitated by their excellent training and experience. Leroy handily secured employment at ATCO in Calgary, Alberta, doing Layout for equipment used in the Oil Industry. This was a key trade job providing the blueprint for follow-up work by fabricators and welders. He worked there from 1980-1986.

News of his father’s death meant a trip home to Guyana. On his return to Calgary, he found himself unemployed after one day back due to a downturn in the oil industry. He was forced to relocate to Bowmanville, Ontario, where he started work at Solenia Steel, a large but unreliable employer. He was laid off one day before his three-month probationary period ended, (a customary practice of the company), putting him back on the unemployment rolls.

In 1987, however, he secured stable employment at the Harbour Commission in Toronto, Ontario, in Fabrication and Welding for the new docks being constructed at the lakefront. In 1994, he was employed as a Maintenance Technician for the Toronto Island Airport. His work involved runway and hangar maintenance including lighting, and night shift administrative work involving Dispatch of the Air Ambulance and phone call reports. For both positions, Leroy was successful in obtaining an Interprovincial Licence in his trade as well as an Aeronautical Licence and D Licence required for work at the airport.

After a career of diligent study, steady employment in his trade, and adaptability to changing circumstances, Leroy chose early retirement in 1994, the good fortune, a result of his earning capacity and pension benefits. He was now able to enjoy travel and family life with his daughter and wife. 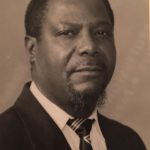 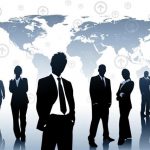